Our staff maintains high standards in their care of these creatures because we never forget that they are living beings. Each of these animals has a different story as to why they are at the Randall.

All of the birds and mammals have been determined to be permanently injured or orphaned or not suited to rehabilitation. Many of the reptiles and amphibians came to us from families who did not realize that it is illegal to possess wild snakes, turtles or newts. The marine animals- sea stars, urchins, fish and others — are the only animals the Randall collects in the wild under restrictions by the California Fish & Wildlife Department.

Many of our birds sustained wing injuries in their youth. The first year of life for a bird is critical as they must learn to maneuver in flight and sometimes accidents happen — a branch and a wing colliding generally means broken bones. Unfortunately for birds, veterinarians cannot repair broken wing bones because of they are hollow. These birds have already undergone rigorous assessments by trained wildlife rehabilitators to determine whether a particular animal seems suited to become an educational animal. Then they contact us at the Randall to see if we have space for placement. As far as the mammals, it is much the same story — an injury sustained in the wild prevents that animal from being released into the wild.

Occasionally we receive what is called an “imprinted” animal. These birds or mammals are determined to have too much of an emotional connection to humans which could place them in harm’s way if left in the wild. Generally this occurs because someone finds a baby animal in the wild and tries to make it a pet. Once the animal gets older it becomes clear that the human is dealing with an unpredictable situation and tries to release the animal back to the wild. Unfortunately, what often happens then is that the “wild”-sort-of “pet” animal doesn’t have the skills to take care of itself in the wild. These animals may try to attach themselves to another human for protection or could be harmed by other animals.

The Randall Museum staff care deeply about each and every one of the animals in the exhibits. They know the individual animals’ personal history and they understand the animal’s natural history. The keepers strive to make the animal feel as close to its natural home as possible while maintaining a rigorous cleaning schedule and preparing healthy diets. All of the food is specially prepared for each kind of animals. Most visitors to the museum when seeing the diet cart rolled out with the daily diets exclaim — “ I don’t even eat that well.” In addition, our keepers try to keep up a program of daily enrichment for the animals. Enrichment can be as simple as hiding food throughout the exhibit so that the animals spend a long time foraging, as would happen in the wild, or making toys, puzzles or even dirt piles for the animals play with. Adding branches and tree limbs, adding new smells, adding water features all add significantly to the life of a captive animal. Sometimes keepers simply go into the enclosures to sit with the animals if the animals might be on the “imprinted spectrum” for that special ‘human contact”.

Our animal care staff deeply hope that all of our work for the lives of these creatures and our Wild in California Exhibit help to inspire museum visitors to become more attuned to nature, our role in it, and to help steward the remaining wild areas in California. 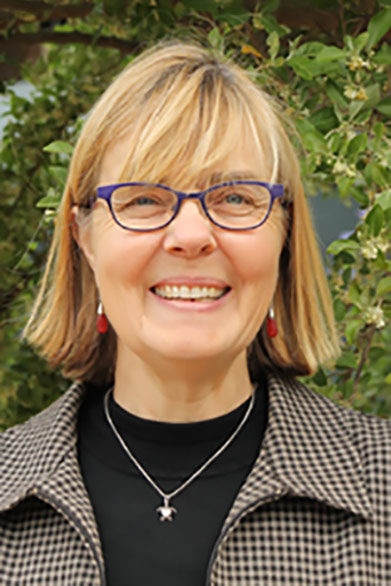 In addition to running the Live Animal Exhibit for many years, Nancy has been involved with science field trips, after school classes, live animal talks, Bug Day, and other exhibits and events.

COVID-19 The museum is temporarily closed