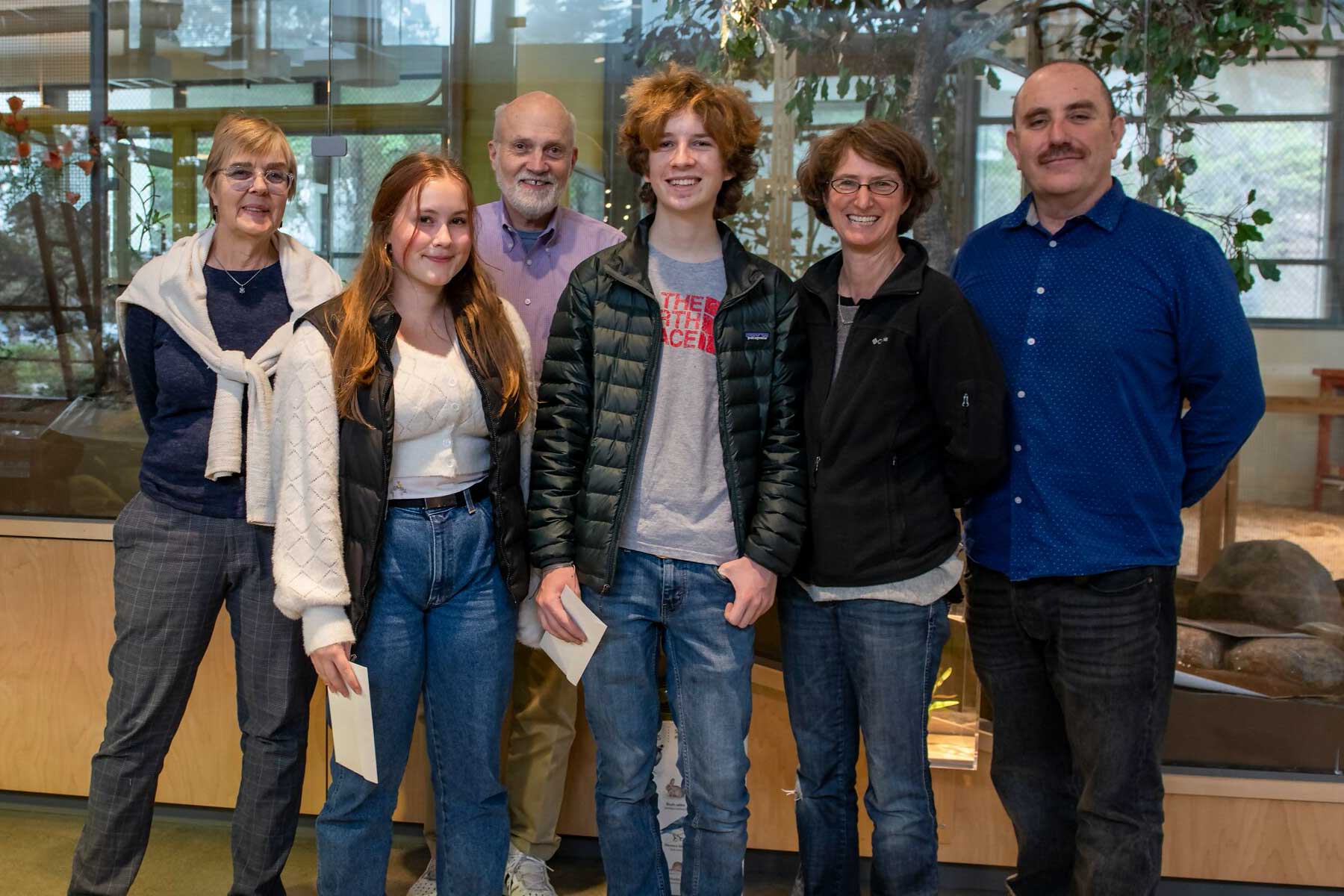 FOR IMMEDIATE RELEASE: (SAN FRANCISCO, January 13, 2020) – Lily Sherwood and Tate Scholten, both high school students in San Francisco, have been awarded the Brownlee Scholarship for their service to the Randall Museum’s animal exhibit.

Both have volunteered weekly for more than two years, helping to clean cages and manage animals under the direction of Randall staff.   “They are just so reliable, and are willing to take an extra step in their work,” says Nancy Ellis, Science Curator for the museum. “When they are here, we know their animals are in good hands.”   Lily specializes in the mice, cleaning cages and making notes for staff. “I like doing something where you can see the benefits of your work.”    Tate focuses on birds, especially rescues. He noticed a while back that one quail was being bullied by others in the Quail exhibit. With permission, he built space for the quail at home and cared for it for six months. “I’d actually like to bring him home again.”   The awards were in the amount of $500 each. Both said the money would go into their college funds. Tate is thinking about studying ornithology. Lily says she hasn’t narrowed it down yet.   The Brownlee scholarship is funded by the Robert Brownlee Foundation a long time donor supporting our volunteers since 2006!   To become a teen volunteer at the Randall Museum Animal Exhibit, all volunteers must first complete the Animal Care Class, offered once each year beginning in October. All participants must be at least 13 years old on the first day of the class.

About the Randall Museum & the San Francisco Recreation and Park Department:

The Randall Museum, located at 199 Museum Way at Corona Heights Park, is owned and operated by San Francisco’s Recreation and Park Department with a mission to inspire creativity, curiosity, and a love of learning about the world around us. In fulfillment of this mission, the Museum offers an integrated program of arts and sciences to children, youth and adults through opportunities for hands-on learning and recreation, focusing on the cultures and environment of the San Francisco Bay Area. For more information about the Randall Museum the public may call 415-554-9600 or visit www.randallmuseum.org.

The San Francisco Recreation and Park Department’s Mission is to provide enriching recreational activities, maintain beautiful parks and preserve the environment for the well-being of our diverse community. For more information about SF Rec and Park please visit www.sfrecpark.org.